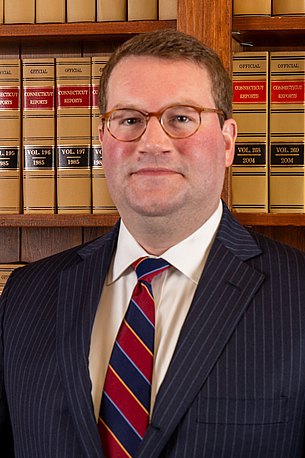 Attorney Yeager grew up in Ashburnham, Massachusetts. He has considered Connecticut home since graduating from Trinity College in Hartford with a B.A. in History.  Attorney Yeager attended Quinnipiac University School of Law, graduating in 2014. After law school, he served the judges of the Superior Court in Hartford as a clerk, working on a wide variety of civil litigation matters. While working in the Hartford courthouse, he first met attorneys from GH & M and came to appreciate their talents and professionalism.

Attorney Yeager worked as a trial attorney for a Hartford-based insurance defense firm. He represented clients in lawsuits filed throughout Connecticut and regularly appeared in court. Attorney Yeager has tried numerous bench and jury trials to verdict, and completed an intensive training provided by the National Institute for Trial Advocacy. He also represented clients in alternative dispute resolution forums, including mediations and arbitrations. Attorney Yeager then worked as a claims attorney at an insurance company in Washington, DC, working on catastrophic injury and high exposure claims, and matters involving coverage disputes and claims of bad faith.

Outside of the law, Attorney Yeager has served as an emergency medical technician and volunteer firefighter.

Attorney Yeager joined the firm in 2021, after returning to Connecticut from the Washington, DC area. He is excited to represent individual clients and return to the courtroom.